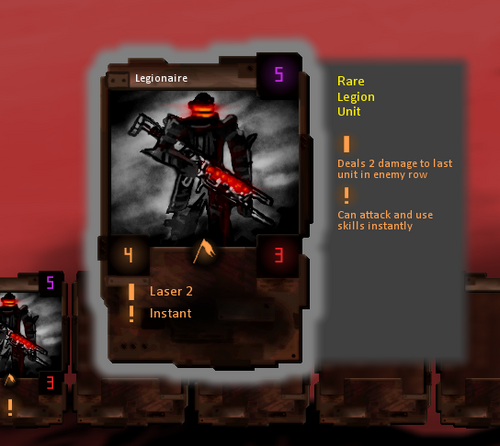 The Cursed Legion now has a better battle engine!

Another big change is new card skills and stats!
About a half of cards have been reworked to have new skill skills that do not target random enemies.

With new skills comes new animations - most of the skills now have better animations.
I have also added a minor death animation.

Finally, I have added 10 new cards!

This update has changed the game quite a bit, so feedback on changes would be very appreciated!
Have fun!

Get The Cursed Legion

The Cursed Legion is a free single-player collectible card game